SFSU's Love Affair with Promoting Terrorism to Their Students 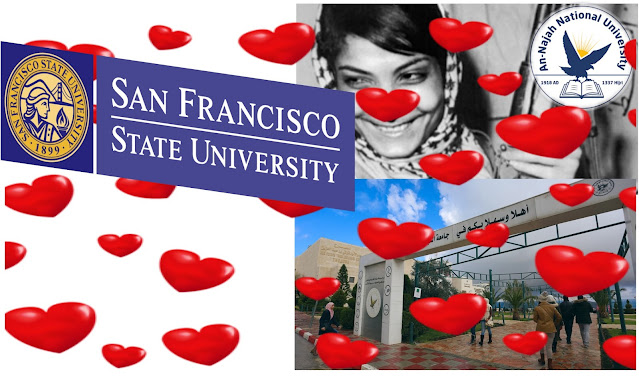 On Friday, April 23, 2021 the San Francisco State University had attempted to engage in a Zoom lecture with their partner An-Najah National University, in the Islamic controlled area of Israel, called the Palestine. An-Najah is known for its long history with violence and the promotion of actions defined as terrorism around the world.

An-Najah National University’s partnership with San Francisco State University has been documented in depth by Cinnamon Stillwell who writeths for Campus Watch amongst many others. Stillwell has extensively documented that this partnership began with a Memorandum of Understanding (MOU) in 2014. This document’s architect was SFSU professor Rabab Abdulhadi.

As recently as 2018, the NGO-Monitor noted that an event to honor convicted terrorists was organized by UNESCO’s Chair for Democracy and Human Rights at An An-Najah National University, in cooperation with Palestinian National Liberation Movement, Fatah. This even honored 61 prisoners who completed ONE course. Amongst these prisoners were:

It must be noted that UNESCO has a position at a An Najah University for Democracy and Human Rights that promotes the extermination of Jews “from the river to the sea.” How UNESCO can have such a position at a University that promotes the ideal of genocide of the Jewish nation of Israel is beyond comprehension. UNESCO attempted to distance itself by claiming it does not finance the chairs it “sponsors.”

SFSU knowing of this continual promotion of terrorist acts through the honoring of convicted terrorists by their “partner” has not only continued the partnership, it promotes the ideal of “from the river to the sea” by hosting a convicted terrorist on their April 22, 2021 Zoom session. That terrorist, Leila Khaled, is a veteran member of the Popular Front for the Liberation of Palestine (PFLP), a US designated terrorist entity that has MURDERED AMERICANS. According to the Jewish News of Northern California, “Khaled, one of the PFLP's most notorious faces, was the first woman to hijack a plane, once in 1969 and again in 1970. She was later freed from custody as part of a prisoner swap between the United Kingdom and the terror group.”

This was not the first attempt by SFSU at providing a platform for a KNOWN terrorist to speak to highly influential young men and women. This was their SECOND ATTEMPT! It was also the second time because the Lawfare Project again informed Zoom that they would be violating Federal law if they allowed the broadcast. Zoom NOT SFSU halted the promotion of terrorist propaganda to young influential minds!

As recently as November of 2020, the US Education Department was investigating whether SFSU broke federal rules when they attempted to host an event with Popular Front for the Liberation of Palestine (PFLP) terrorist Leila Khaled in September of 2020. An event that was only cancelled because the Lawfare Project contacted Zoom and informed them who Leila Khaled was!

the Lawfare Project, which argued that Zoom could face legal liability for hosting it because the US has labeled Khaled’s group a terrorist organization. The California-based company determined the event violated its terms of service for that very reason.

“In light of the speaker’s reported affiliation or membership in a US designated foreign terrorist organization, and SFSU’s inability to confirm otherwise, we determined the meeting is in violation of Zoom’s Terms of Service and told SFSU they may not use Zoom for this particular event,” a Zoom spokesperson said in a statement, adding that the firm is “committed to supporting the open exchange of ideas and conversations.”

On top of this, Truth Revolt documented through information obtained throught FOIAs, that SFSU professors Rabab Abdulhadi and Joanne Barker, along with Abdulhadi's husband, met with terrorists Leila Khaled and Sheikh Raed Salah during the "Labor Delegation to Palestine 2014" which began on January 5th, 2014 and concluded on February 14th, 2014.

Sheikh Raed Salah, the second person deemed important enough for the two professors to meet with, has repeatedly earned his way into a prison cell for encouraging violence against Jews and praising those who attack Israeli citizens. His latest sentence began this past August.

UC Merced and SFSU deserve letters of disgust, including requests to the federal and state governments for denials of financing these universities for attempting to provide a platform to known terrorists. 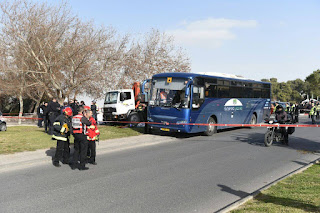 An Najah National University recently named its 2017 class of class “of economics and political science students” after the terrorist murderer Dalal Mughrabi. Specifically, they called themselves, “"The Class of the Bride of the Coast - Martyr Dalal Mughrabi." It should be known that the Shabiba logo at graduation ceremony reads:  "From the sea of blood of the Martyrs we will create a state." In 2016 An Najah National University established a reading chain dedicated to a man who boarded a bus with a partner and began shooting and stabbing those present until they were put down. This is a partner school with SFSU!


A list of SFSU’s Board of Trustees can be found here.

UC Merced’s Board of Trustees can be found here.

But there are those whose work and stands who stops this event from happening that deserves letters of praise for standing up for ALL AMERICANS and against the endorsement of terrorism! Amongst them are members of the Lawfare Project, and two members of Congress who should be praised for keeping their oath to protect America from “enemies foreign and domestic.”

According to Algemeiner, Rep. Doug Lamborn (R-CO)also had attempted to get the leaders of UC Merced and San Francisco State University to cancel the Zoom session that was the equivalent of promoting terrorist propaganda. Please send kind words his way as well.