Important Responses to the CT Mirror Promoting Misinformation on Jihad by an Islamist! 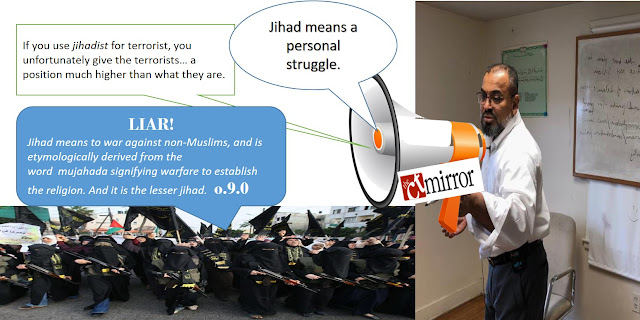 The CT (Connecticut) Mirror recently published, "At Muslim Sunday school, learning about Islam — and correcting misconceptions" by Vanessa De La Torre. This article had a lot of misinformation within it. Sadly, this comes as no surprise since the "trusted source" was Dr. Reza Mansoor.

Dr. Reza Mansoor is not someone to trust when he talks to non-Muslims about what Muslims believe. Part of this is because he believes it in Islam's best interest to deceive you, the non-Muslims about what Islam teaches on Jihad. This practice is part and parcel of practicing shariah and deceiving the non-believer.

This article provides no sources to stand behind Dr. Reza Mansoor's statements on jihad. It ignores shariah which is cited in Reliance on the Traveller. An English translation of Arabic Umdat al-Salik. This book is recommended by the International Institute of Islamic Thought (IIIT). I  personally recommend to anyone who wants the truth on what jihad means to read o.9.0 Jihad. I also recommend reading the 1915 Fatwa given by the last official caliph. This fatwa was very clear on what jihad means and how it should be carried out. It speaks of three different levels of jihad, Heart, Word, and Action/Deed.

It is unethical in this country for a person claiming the title of professor to purposefully misinform the public in the area of his/her content. This is grounds for dismissal by professorial malfeasance.

In the same respect, articles and books exposing the recent lies of Dr. Mansoor on this topic were previously written in detail. "How Taqiyya Alters Islam's Rules of WarDefeating Jihadist Terrorism," by Raymond Ibrahim  was published in the Winter of 2010. This is among the best responses to this misinformation. Humorously, it was written 9 years ago.

My suggestion is for CT Mirror should remove the purposeful misinformation by Dr. Mansoor. Reliability of sources is key for any piece of journalism. Dr. Mansoor has shown himself not to be credible! 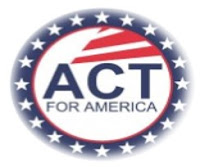 I was very disappointed to read Vanessa de la Torre's article, "At Muslim Sunday school, learning about Islam and correcting misconceptions." This piece is full of 'taqiyya,' the obligatory deception of non-Muslims. An explanation of this phenomenon can be found in section r8.2 of the "Reliance of the Traveller": r8.2 “Speaking is a means to achieve objectives. If a praiseworthy aim is attainable through both telling the truth and lying, it is unlawful to accomplish through lying because there is no need for it. When it is possible to achieve such an aim by lying but not by telling the truth, it is permissible to lie if attaining the goal is permissible and obligatory to lie if the goal is obligatory”.
In the article, we're told the popular line that 'jihad' means a personal or spiritual struggle. Though it can mean that, and that sort of 'jihad' is considered the 'greater jihad,' nonetheless, approximately 98% of the times the word 'jihad' appears in Islamic doctrine, its meaning is military warfare. To describe it as a "personal struggle, then, is disingenuous.
And, of course, there's the ubiquitous claim that Islam is the "religion of peace." But how peaceful is a religion that mandates death for apostasy? (Section o8.1 of the Reliance) How about a religion that assigns no penalty to a Muslim who kills his children, grandchildren or non-Muslims? (Section o1.2 of the Reliance). Lastly, a thorough reading of the section of 'jihad' -military warfare against unbelievers - which begins with Section o9.0, will leave the reader with no doubts that this is no religion of peace.”