Book Review: What does Eurojihad define as Radicalization? Part 1 of 2 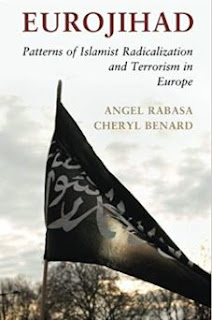 As I prepared for this week’s show I read many news stories and delved into a book by Angel Rabasa and Cheryl Benard, Eurojihad:Patterns in Islamist Radicalization and Terrorism in Europe, published in 2015. This is a brief book review. It does not review the book as a whole, but sticks mainly to the topic of radicalization.

The concepts of Radicalization or radical Islam are problematic for me. Especially when those who use the terms do not define them, or worse, they use the terminology illogically. Lets talk about what that looks like.

A quick google search brings up these definitions of radical:


What if I take the definitions above and state radical is “one who is against the norm. One who opposes what ever the norm is of that entity, then call someone a radical Christian when he holds evangelistic events, preaches the love of Christ, and teaches from the Bible. Would that be wrong?

What do normal Christians do? Do their leaders,
a) hold evangelistic events,
b) preach the love of Christ
c) teach from the Bible

If you answers yes, that it is wrong to call what is normal Christian behavior radical if using this definition, then I would be applying the definition erroneously.

Rabassa and Benard begin their book by noting that, “The US perception of the problem of Islamist extremism in Europe is primarily one of radicalization as a stage in progression towards terrorism” (p. 1). In 2015, Obama was President. Education and training in respect to Islamic terrorism became banned in DHS, the FBI, and I suspect also the CIA. This is the same presidency under which fired DHS lawyer Dr. William Bradford for using the term “Islamic terrorism” in a highly reputed article on the rules of engagement in a journal that required peer-review before publication. The article is meticulous and I believe had drastic importance for national security. So in 2015, what did DHS think of radicalization?

According to Faisal Patel, in 2011 the government defined radicalization as  “the process by which American citizens and residents turn to violence, using Islam as an ideological or religious justification.”

They next write, “what is considered radical depends on social and historical context. In some societies, there is broad acceptance of behavior that in the West is considered extreme, such as draconian punishments for deviations from religious orthodoxy, adultery, or homosexuality, whereas what is regarded in the West as normative, for instance, gender equality and the liberalization of sexual norms, is considered socially subversive.”

Wait, not once did they use the term Islamic to describe these societies. Not once did they say these punishments are required by sharia. Why is that? How can ignoring this contribute to a definition of radicalization?

There we have it, Rabassa and Benard state their definition of radicalization is “the rejection of the key dimensions of modern democratic culture that are at the center of the European value system” (p.3). So it follows that their definition of extremist ideas would be anti-democratic or anti-modern European culture. Rabassa and Benard define the ideals that are European that “extremists” are against as

democracy and internationally recognized human rights, gender equality and freedom of worship, respect for diversity, acceptance of nonsectarian sources of law, and opposition to violence as a means to obtain a political end (p. 3-4).

To put this definition in action lets change the cover of the book from Eurojihad: Patterns in Islamist Radicalization and Terrorism in Europe to Eurojihad: Patterns in Islamist Anti-Europeanism and Terrorism in Europe. I am not disagreeing with this definition. I want you to understand that. This would mean that every time they apply the word radical, they would be referring to anti-Europeanism. Every reference to extremism would be in reference to anti-European modern culture. This is problematic when viewed on an international platform.

Lets turn back a page in their book. On page 2 they write,

The ringleaders of the Madrid train bombings, three of the four 7/7 London bombers, Theo Van Gough’s assassin Muhammad Bouyen, and others involved in Islamist terror plots appeared on the surface to be well integrated. These individuals spoke their new home countries’ languages – Spanish, English, or Dutch; they were born and educated in European countries or, as in the case of the Madrid bombers, long-time residents; and some of them were economically successful and had attained middle-class status. But they still turned to violence against the societies of which they were part.

This is as they stated the surface examination. What would allow them to act in this way? That question is never answered in this book. What would allow them to not express their dislike of the society their family had become a part of? It was a European value to allow free and open discussion of ideas. At no time does this book state that such deception is permitted in the Koran by Muhammad, and is enforced by the Sunna.

So using their definition, these people cannot be seen as extremists, at least not on the surface.
The authors state that the

phenomenon of Islamist Extremism is disaggregated into three separate, but related components.

1.      The problem of integration of members of European Muslim communities into the national societies.

2. The radicalization of sectors of these communities.

3.      The recruitment of radicalized individuals into extremist and terrorist groups (p.4).

If we take their definition of radicalization seriously, which I think Europeans should, this could have meant that there exists a phenomenon of Anti-European beliefs in Islamic communities that is causing them not to integrate into European communities that they are willingly migrating to live.

Rabassa and Benard had the chance to nail home that these migrants are coming to Europe as “economic migrants,” people who seek a better economic situation. BUT they did not follow through. They had a chance to nail this. But they barely score the surface.

I do like this book. I like much of what it has to say, but it seems as if the authors are either afraid to nail home their points, or are merely avoiding difficult discussions.

Rabassa and Benard reveal some of what makes things difficult in the gathering of statistical information. They talk about the laws in France inhibiting good data collection. For this the authors should be commended. This discussion is rare! They try to reveal the changes in population across Europe, but admittedly are unable to give the true picture of how severe the changes are. I witnessed some of this on my trip to Europe in the Fall of 2016.

What I do like about this book has to do with its attempts at documenting civilization jihad. They document not only the change in populations throughout Europe, but begin to discuss the anti-Europeanism of the Muslims who have been in Europe and those newly entering Europe. In one case, they cite a survey in Germany that shows a possible contradiction that they ignore.

A survey of 1,011 people of Turkish heritage between ages 15 and 29 conducted in 2012 indicated a trend toward greater religiosity, but also a greater willingness to integrate into German society (p. 13).

If greater religiosity means that they are becoming more devote in their faith and that faith expresses what they define as Anti-Europeanism normally, doesn’t it follow that they would also not willingly integrate into German society? At least not unless they had a subversive purpose? Why is there no discussion on whether to trust the statistics they found in respect to the Islamic doctrine of taqiyya, lying to non-Muslims to protect their faith?

Rabassa and Benard devote an entire chapter to Salafism and Radical Islamism. They correctly defined Islamism early on as political Islam. Radical, though must be taken to mean Anti-European according to these authors. In fact I liked their discussion of Sayid Qutb and other writers on Jihadist beliefs. But I found that Rabasa and Benard had a somewhat flawed understanding of the term reformation. They tried to discuss the Protestant Reformation, but really had no understanding of it. BUT WHAT THEY GOT RIGHT HERE is one of the reasons I recommend their book. This is only the second book I have read, that purports to be on National Security that correctly states

When people in the West speak about the need for an Islamist reformation, it is worth noting that such a reformation has in fact occurred and that the results have not been favorable to Western liberal concepts” (p.28).


Rabasa and Benard add one more thing, “radical [anti-European] Salafists and Jihadist reject the concept of freedom because it would permit what Allah has forbidden, conduct that is tied to Western ideas of freedom and secularism, and not what Allah has commanded” (p.29).

Where Rabasa and Benard and I deviate, is that they make a claim that “mainstream Muslims rely on the whole body of the Quran, the Sunna, and Islamic tradition to develop their positions, whereas many Salafists particularly the more radical sector of the movement, make selective use of the Quran to support their Islamist militant views (p. 30).

This enters a discussion on abrogation. Sadly this section neglects to state that abrogation is used by all Muslims to deal with contradiction in the Quran. Neglecting to share this important information supports their view that there exists an “extreme Islam,” a “Radical Islam,” which is not and never has been the norm. I differ in my stand here because of my study of Islamic histories and because of my study of what Islam calls the “rightly guided caliphs.”  Simple reading of sharia on the topic abrogation reveals that it is not only an “extremist view” of Islam, rather the use of abrogation is mainstream Islam.

Rabasa and Benard then go into the Salafi and Jihadi concept of declaring Muslims who do not share their views as apostates. Missing here is a discussion on jahiliyyah, which Coughlin nails in his book Catastrophic Failure.

There is much more in this book. I do recommend it. So do go to Amazon and get your copy of Eurojihad by Angel Rabasa and Cheryl Benard. 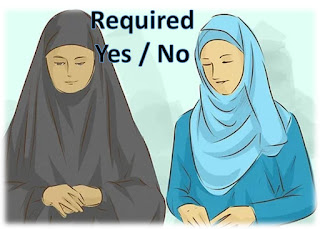