What Social Studies Teachers do not know about Islam is proving to be the icing on the cake for entities of the Muslim Brotherhood such as the Council on American-Islamic Relations (CAIR), which has a proven relationship with Hamas as shown in USA versus Holy Land Foundation trial in 2008. Social Studies Teachers are teachers who are expected to know vast amounts of history including world history, history of the United States, citizenship, and economics. But they are not required to be specialists in small parts of this vast field, though many do have favorite areas, they know more about.

One would think that since 9/11/2001 that we should have revised what we teach in social studies classes to combat Islamic terrorism. After we all, we basically won the war on communism through education. I propose a few simple truths be taught about Islam that are currently not taught in public schools under Common Core.

“When they saw him thy said, ‘This is the trustworthy one. We are satisfied. This is Muhammad.’  When he came to them and they informed him of the matter he said, ‘Give me a cloak,’ and when it was brought to him he took the black stone and put it inside it and said that each tribe and said that each tribe should take hold of an end of the cloak and they should lift it together. They did this so that when they got it into position he placed it with his own hand, and then the building went on above it.” (Guillaume, A. The Life of Muhammad: A Translation of Ibn Ishaq's Sirat Rasul Allah. Dhaka, Pakistan: University Press, 2000, p. 86.)

3)      Muhammad when insulted threatened physical harm to others:


“‘They said that they had never known anything like the trouble they had endured from this fellow; he had declared their mode of life foolish, insulted their forefathers, reviled their religion, divided the community, and cursed their gods. What they had borne was past all bearing, or words to that effect.’

“While they were discussing him the apostle came towards them and kissed the black stone, then he passed by them as he entered the temple. [Muhammad began the prayer walk around the Kaabah.] As he passed they said some injurious things about him. This I could see from his expression. He went on and as passed them the second time they attacked him similarly.  This I could see from his expression. Then he passed the third time and, and they did the same. He stopped and said, ‘Will you listen to me O Quraysh? By him who holds my life in His hand I bring you slaughter.’” (Guillaume, p. 130-131.)

It is important to grasp this last one. The “religion of peace” has a prophet that threatens to do physical harm to those who insult him. This should expose that Islam is not a religion of peace at all. Why is this topic avoided?

EXPOSED: The Shape-shifter Threat in the Muslim Brotherhood! 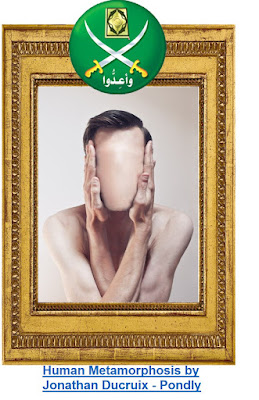 Former Secretary of Defense, Robert Gates was recently asked in a FOX News (2017, May 23) interview about his opinion of the Muslim Brotherhood and if they should be labeled a Foreign Terrorist Organization. His response speaks volumes:
I think of the Muslim Brotherhood in the context of science fiction shape shifters. They will look like whatever they think they want you to look -- them to look like…. we have seen the Muslim Brotherhood actually come to power, it put the lie to all of their claims about being a moderate force that was accepting of democratic norms if you will. Now, the other aspect of it is Hamas is a direct offshoot of the Muslim Brotherhood is generally regarded as the ideological forerunner of both al-Qaeda and -- and ISIS, Daesh. And -- so, it seems to me by and large, going back to the old saying, if it looks like a duck and it walks like a duck, maybe it's a duck. [Emphasis Added]
Secretary Gates’ concerns regarding the MB is of particular interest for the IC today. Poole (2013) points out that the past president invited persons to the White House who were implicated by federal prosecutors in financing terrorism.[1] One of them being Mohamad Majid, who was then the president of the Islamic Society of North America (ISNA), a known entity of the Muslim Brotherhood in North America. Poole notes in his article that materials containing terminology “Muslim Brotherhood” and other Muslim terms related to shariah and jihad were purged  from the DHS and FBI libraries in 2012 and earlier. Poole noted that this purge allowed for certain individuals to gain access to the White House on a daily basis naming one of them being Salam al-Marayati, president of the Muslim Public Affairs Council (MPAC), who had previously been recommended by President Clinton to a “congressional terrorism commission withdrawn after his comments in support of Hamas and Hizballah.”[2] President Obama appointed al-Marayati to be a member of the official U.S. delegation to the Organization for Security and Co-operation in Europe (OSCE) conference on human rights held in Vienna in 2012.[3]
Former FBI Director James Comey confirmed the purge in his testimony before the Senate Committee On The Judiciary Hearing On FBI Oversight on May 3, 2017:
In the previous Congress, I -- I chaired a hearing on -- on the willful blindness of the Obama administration to radical Islamic terrorism, where testimony from a whistleblower at the Department Homeland security that described a purge DHS had -- had undergone of editing or deleting over 800 records at DHS to remove references to radical Islam, to the Muslim Brotherhood. And the purge indeed was the word used by the White House that directed DHS to conduct that purge.[4]
The above purge is mentioned as relational to allowing persons to be appointed to positions they would not previously have been allowed, due to public endorsements of entities classified as Foreign Terrorist Organizations. Some of those who visited the White House regularly and later became employees are children and grand-children of  those who were  or are Muslim Brotherhood leaders in North America!
CAIR, one of the  entities that petitioned the DHS and FBI to censor its materials was listed as an unindicted co-conspirator in the USA vs Holy Land Foundation, et. al.. How is it possible so many changes were made allowing a pass for those who work to destroy America within? How did records get "purged" that would allow even more infiltration? Perhaps this is one of the question former Director of the FBI, James Comey should answer while under oath!
There are 50 copies left of this book. Please use the button below to purchase a copy. Books are $17.00 plus $3 shipping.