The entire time CPAC has been rolling common causes, like mindedness and a determined nature to stand tall for the Constitution and the American people have been at the forefront!
I spent all day yesterday and most of today meeting people who agree with the common causes of conservatism. I can’t tell you how invigorating these speeches have been. Today like yesterday was a series of power packed speeches by incredible people. BUT...

Yes, I said but. There was something off today. In the morning Laura Ingram knew what was wrong this morning! She led the charge that many of us had been discussing. She didn’t care what would happen and forged ahead and said what has been on all our minds the moment CPAC revealed the schedule!

One NOT A CONSERVATIVE was given a prominent speaking position today. This NOT A Conservative's very presence angered many Americans here at the convention. Teachers, people from many different walks of life and parents have been united against on one simple thing that this NOT A CONSERVATIVE has been promoting. Yes that person who has remained nameless until now is Jeb Bush.

There was not one Conservative man woman or child, who stood for Common Core at the Convention until the great JEBUSITE INVASION at CPAC 2015 today! As I sat waiting listening to Santorum Jebsites came and sat down next to me. I got in line to enter the Potomac Ball Room a little before 7:00am this morning. I was one of the first 20 people in the room. Believe me I got the best seat I could! Yet after Rand Paul spoke many people were tired. They had been in this room sine 7:30am leaving only for bathroom breaks. So poor Rick Santorum who is not very charismatic came out to give his speech to a changing crowd. CHANGING! People who were not Rand Paul like me, also had plans to go to break out sessions also. But because the speeches were about 40 minutes behind schedule, when Santorum came up most of the CPAC antendees were leaving. That was when I saw it. Suddenly people whom I learned after some questions of the Hotel staff at the wonderful Hyatt Inn who just came today, entered replacing the CPAC attendees. In a massive astroturf manner. The only way this could have happened was if the planners of CPAC worked with the Jeb Bush campaign by placing Santorum before Bush to create the illusion of a time to leave. Mr. Santorum, I voted for you so understand I stayed and listened. But that allowed me to see the great ASTROTURF SCANDAL of CPAC 2015.

Many CPAC attenders who were retired or current teachers like myself had discussed turning our backs when Jen Bush took the stage and then walking out! I say many because of all the people I talked this over with not one did not want to join me! You can see the truth on this by watching Laura Ingram’s speech earlier in the day!

The Jebusite ASTROTURF SCANDAL at CPAC 2015 gave the illusion that Conservatives like Jeb Bush. The Jebusites applauded yelled his praises. BUT they had not been present until maybe 2 hours before. In fact from what I learned, they arrived today!

AMERICA WAKE UP!!! Jeb Bush is not a conservative! He did not receive applause from those who had been at CPAC. He received applause from an ASTROTURF (Fake crowd) he planted in CPAC!

There have been many candidates speaking at CPAC all of them gave speeches. Jeb apparently was not professional to have one. Poor Sean Hannity was roped into giving Jeb Bush “Soft Ball” questions that only an Obamaite reporter would ask of their “glorious leader.”

All of the previous candidates also were answering questions given by CPAC attendees. Apparently this was too hard for Jeb Bush. He did not answer one! Oh that’s right the CPAC attendees had mostly left. Maybe no one asked him a question except “WHY ARE YOU HERE?”
at February 27, 2015 No comments: 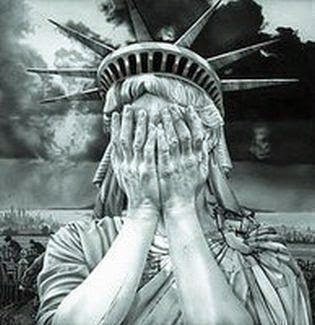 (Photocredit: Sodastream)
(The following is an excerpt from Civilization Jihad and the Myth of Moderate Islam)
The Islamization of Knowledge is generally a topic that should fit under college or under public schooling because it has to do with adjusting what the American and Canadian people learn as a whole. However, when you consider that Dr. Ismail Faruqi’s intent was to place all knowledge that does not come through the lens of Islam through an analysis and then synthesis with Islam, it speaks to restructuring all knowledge. This means restructuring all the sciences, all history and all literature through a critical lens of Islam.

Dr. Muhammad Shafiq out of Nazareth College of Rochester gives the reasoning as to why western knowledge must go through Islamization in his book, Growth of Islamic Thought in North America. This book states that:


...the Muslim world’s current inferiority is due to its scientific, technological, economic, and military backwardness. The intellectual decline began during the twelfth and thirteenth centuries, when the Muslim world was attacked and devastated by the Mongol invasions from the East and the Crusaders from the West. Politically depressed and without support, Muslim scholars lost their confidence to seal successfully with what passed for “modern” knowledge and technology at that time and became over-conservative. Gradually, an attitude of strict adherence to the letter of the law (the Shari’ah) was adopted…. The major source of Islamic thought and creativity – itjihad – was declared closed, the Shari’ah was considered perfect, and any departure from it was condemned. (Shafiq, M. (1994). Growth of Islamicc Thought in North America. Brentwood, MD: Amana Publications, p. 87.)

Dr. Aaron Segal, a professor of political science at the University of Texas, El Paso, wrote an article on the lack of scientific achievement in Islamic communities in 1996 for the Middle East Quarterly. In his article he posed what he called hard questions: “Is Islam an obstacle to modern science? If not, how does one explain the huge gap in scientific output between the Muslim world and the West or East Asia? And what must change so that science can flourish in Muslim countries?” (Segal, A. (1996, June). Why Does the Muslim World Lag in Science? Retrieved November 7, 2014, from Middle East Quarterly)

According to Dr. Shafiq, his mentor Dr. al-Faruqi believed that “the issues of revelation vs. reason and scriptural authority vs. science do not arise in Islam and science but between the Qu’ran’s interpreters and exegetes and those of modern science. The former have made many irrational and unscientific interpretations. What the Islamization of knowledge seeks to do is to reconceive and rebuild the humanities, social and natural science disciplines by giving them a new base consistent with Islam.” (Ibid, p. 91)

Keep in mind that what Shafiq is saying here is that knowledge needs to be processed through Islamization not because it is at odds with the Koran, but because accepted Islamic scholars disagree with scientific concepts. If he agreed that there was a conflict here, he would be making a statement that the Koran is in error scientifically.

‘AbdulHamid ‘AbuSulayman who like Shafiq writes for the International Institute of Islamic Thought, explained the need for Islamization of Thought more simply, when he wrote: “The modern ideas and instruments did not filter through and pass through the `uşul test” (AbuSulayman. (1987). The Islamic Theory of International Relations: New directions for Islamic methodology and thought. Herndon, VA: Internation Institute of Islamic Thought, p.61). Basically, this is an admission that some knowledge does not agree with the authorities of Islam (the Koran, hadith and, Sunnah). The important question here is if knowledge fails this test, is it now haram, forbidden?

If you want to know what Islamization of Knowledge looks like, President Obama provided this one:


Throughout our history, Islam has contributed to the character of our country, and Muslim Americans, and their good works, have helped to build our nation -- and we’ve seen the results. We’ve seen those results in generations of Muslim immigrants -- farmers and factory workers, helping to lay the railroads and build our cities. Muslim innovators who helped build some of our highest skyscrapers and who helped to unlock the secrets of our universe. (Obama, B. H. (2013, July 25). Remarks by the President at Iftar Dinner. Retrieved November 8, 2014, from White House.gov)

For more information on this topic and others like it, buy the book Civilization Jihad and the Myth of Moderate Islam