Anne Speckhard, Ph.D.,  Director of the International Center for the Study of Violent Extremism ,#ICSVE, joined me on the Sutliffian Report to talk about the children of #ISIS and #Repatriation. #terrorism

On January 30th of this year, a 12-year-old girl in Egypt died as a result of her parents having Female Genital Mutilation (FGM) performed on her. Egypt has had a law outlawing the practice since 2008. The parents have been charged.  This law was written to protect females because Islamic social norms permit and encourage this practice.

According to Ian Askew, World Health Organization Director for the Department of Reproductive Health and Research:

FGM describes all procedures that involve the partial or total removal of external genitalia or other injury to the female genital organs for non-medical reasons.  It has no health benefits.

More than 200 million girls and women alive today are living with FGM and many are at risk of suffering the associated negative health consequences as a result.

These include death, severe bleeding and problems urinating.  Longer-term consequences range from cysts and infections to complications in childbirth and increased risk of newborn deaths.


FGM is a grave violation of the human rights of girls and women. 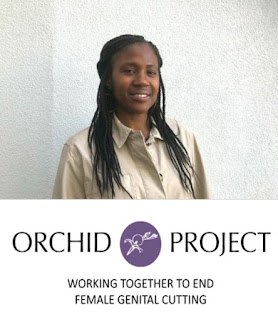 Another term used for FGM is female circumcision.  Some countries prefer the term FGC, as it is seen as “more neutral.”  (The “C” being a reference to “cutting.”)  This “more neutral” term allows their medical personnel to package FGM into the “birth package.”  Ebony Ridell Bamber, the head of advocacy and policy at Orchid Project, a UK-based NGO working towards ending FGM, states that.  "It really contributes to legitimizing and entrenching the practice even further."

In Islam, legitimization comes when shariah, Islamic law, endorses and promotes a practice.  Under shariah, female circumcision is required of Muslim females. This is documented in Reliance of the Traveller: 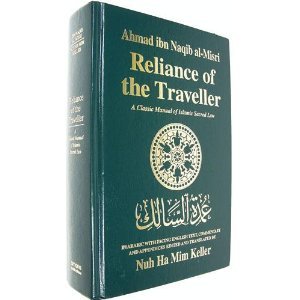 e4.3   Circumcision is obligatory (O: for both men and women.  For men it consists of removing the prepuce from the penis, and for women, removing the prepuce (Ar. Bazr) of the clitoris (n: not the clitoris itself, as some mistakenly assert).  (A: Hanbalis hold that circumcision of women is not obligatory but sunna, while Hanafis consider it a mere courtesy to the husband.)"

Islamic scholars have been found using this piece to declare to non-Muslims that shariah does not agree with FGM, going so far as to claim it is unIslamic if carried out to the extreme and totally removing the clitoris:

Female circumcision, known pejoratively in its extreme form as female genital mutilation or cutting, is not prescribed in the Quran and there are no authentic prophetic traditions recommending the practice.  The basis in Islamic law is that it is not permissible to cause bodily harm and any such practice of female circumcision proven to be harmful would be unlawful.

This is very deceptive.  Let’s look at what the abbreviations mean in the above section of shariah:

Taking the commentary of the translator out, the passage now reads:

Many other hadiths also back up the obligation for FGM under Shariah.  For example:


Aishah narrated that: the Prophet said: "When the circumcised meets the circumcised then Ghusl [full-body ritual purification] is required." (Jami` at-Tirmidhi Vol. 1 Book 1 #109 )

Yahya related to me from Malik from Ibn Shihab from Said ibn al- Musayyab that Umar ibn al-Khattab and Uthman ibn Affan and A'isha, the wife of the Prophet, may Allah bless him and grant him peace, used to say, "When the circumcised part touches the circumcised part, ghusl is obligatory." (Muwatta Malik Book 2, Hadith 73)

Abu Huraira: Allah's Messenger said, "No child is born but has the Islamic Faith, but its parents turn it into a Jew or a Christian.  It is as you help the animals give birth.  Do you find among their offspring a mutilated one before you mutilate them yourself.” (Sahih al-Bukhari 6599, 6600)

To say that FGM only happens in third-world countries ignores the sad and sorry truth that several countries have passed laws forbidding this cruelty to their children. Egypt passed a law against FGM in 2008 and was amended in 2016. But by 2015, a “government survey discovered that 87% of Egyptian women and girls aged between 15 and 49 have been mutilated, or as the Egyptian government put it, “circumcised.” 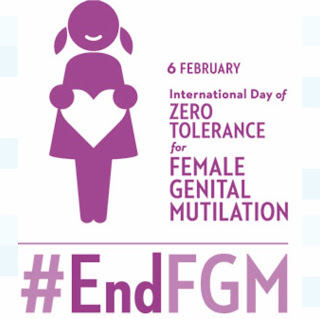 February 6th  of this year was the International Day of Zero Tolerance for Female Genital Mutilation. This annual day of awareness was commemorated this year by the German news source DW.com’s article, “Female genital mutilation feels 'like living in a dead body' by Shadia Abdelmoneim, which describes how a midwife performed FGM on her without her consent after the birth of her third child in Sudan:
It led to a lengthy period of shock thereafter where she found it difficult to trust anybody, but Shadia also vividly recalls the moment she realized what had happened.

"I wanted to go to the toilet, but something wasn't right.  I couldn't walk and was in considerable pain.  When I saw what she had done, I was shocked.  She'd cut everything open and then sewn it closed.  I had no idea what to do.”

Shadia, already fighting against female genital mutilation and for women's rights as an activist in Sudan, was in her mid 30s at the time.  She started living in a constant state of fear for her three daughters; she could barely let them out of her sight.

"How could women do something like that to one another, how?" she asks, her eyes welling up with tears.  "Being circumcised is like living in a dead body.” 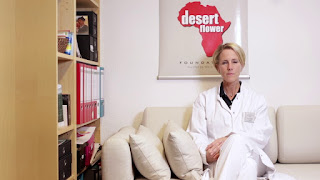 Dr.  Cornelia Strunz, who works at the Desert Flower Center, met Shadia when she came to the center for help, said Shadia needed surgery to help her live with this mutilation. According to Dr.  Strunz, there are many possible problems that result from FGM.

Many women have problems emptying their bladder after FGM.  Menstrual blood can't drain properly.  For some, sex becomes practically impossible.  Women can also develop fistulas -- connections between two body parts which should not exist at all in normal circumstances.  One example would be a link between the vagina and rectum, leading to them passing stools through the vagina.  Obviously, that's not very easy to live with.

Social norms that allow for FGM conflict with several social norms of Western civilization.  It denies a women’s rights to have control over her own body, as it is a requirement under shariah.  It destroys a woman’s ability to enjoy partaking in sexual activity when the woman marries.  This makes the act a duty and not a pleasure. The act itself violates the Hippocratic Oath “to do no harm.” In countries where FGM is banned, parents/guardians who have this done to their own daughters are denying the validity of laws made by men.