Are Women Considered Less Than Equals In Islamic Social Norms?

Are Women Considered Less Than Equals
In Islamic Social Norms?

One of the great privileges I have had as a talk show host is to talk with people like Dr. Phyllis Chesler, who put me on to the term, Islamic Gender Apartheid. It is the name of one of her books. Western Civilization Social Studies textbooks claims that women receive equality in Islam. Women wearing hijabs go to various places to speak of the greatness of Islam and how it gives them freedom and equality. But are they telling the truth? This is a question Dr. Chesler asks. As a well-known Feminist, she also asks why won’t feminists do academic studies on the lack of freedom and equality given to women in Islamist social norms. 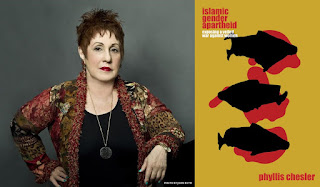 The plight of both men and women in the Islamic world (and increasingly in Europe) requires a sober analysis of reality and a heroic response. World events have made feminism more important, yet at the same time feminism has lost much of it’s power. To my horror most Western academic and mainstream feminists have not focused on what I call gender apartheid in the Islamic world or in its steady penetration of Europe.

It has to be asked, “Is there an Islamic scriptural basis for what Dr. Chesler calls Islamic Gender Apartheid?” if so, that would mean that Islamist social norms are exceedingly opposed to that of Western ones regarding women. The Hadiths reveal a surprising amount of information on this:

Narrated by Ibn 'Abbas: The Prophet said: "I was shown the Hell-fire and that the majority of its dwellers were women who were ungrateful." It was asked, "Do they disbelieve in Allah?" (or are they ungrateful to Allah?) He replied, "They are ungrateful to their husbands and are ungrateful for the favors and the good (charitable deeds) done to them. If you have always been good (benevolent) to one of them and then she sees something in you (not of her liking), she will say, 'I have never received any good from you." (Sahih Bukhari Volume 1, Book 2, Number 28)

Narrated by Abu Said Al-Khudri: Once Allah's Apostle went out to the Musalla (to offer the prayer) o 'Id-al-Adha or Al-Fitr prayer. Then he passed by the women and said, "O women! Give alms, as I have seen that the majority of the dwellers of Hell-fire were you (women)." They asked, "Why is it so, O Allah's Apostle?" He replied, "You curse frequently and are ungrateful to your husbands. I have not seen anyone more deficient in intelligence and religion than you. A cautious sensible man could be led astray by some of you." The women asked, "O Allah's Apostle! What is deficient in our intelligence and religion?" He said, "Is not the evidence of two women equal to the witness of one man?" They replied in the affirmative. He said, "This is the deficiency in her intelligence. Isn't it true that a woman can neither pray nor fast during her menses?" The women replied in the affirmative. He said, "This is the deficiency in her religion." (Sahih Bukhari Volume 1, Book 6, Number 301)

When a girl is born to Islamic family, it can be viewed as less of a blessing than that of a boy. This can be seen in the Islamic practice of ‘Aqiqiah (Aqee-Qa). Reliance of the Traveller, records the differences in sexes as significant under this section.

j15.0 SACRIFICE FOR A NEWBORN ('AQIQA) AND NAME GIVING
(O: Lexically, 'aqiqa means the hair on a baby's head at birth. In Sacred Law, it means the animal sacrificed when the baby's hair is cut, which is a confirmed sunna (def: c4.1).)
SUNNAS AFTER BIRTH

j15.1 It is recommended for anyone to whom a child is born to shave its hair on the seventh day thereafter (O: meaning any newborn, whether male or female; a baby girl should also have her hair shaved) and give away in charity gold or silver equal to the weight of the hair. It is also recommended (N: when the baby is first born) to give the call to prayer (adhan, def: f3.6) in its right ear and the call to commence (iqama) in its left.

(O: The person called-upon to slaughter for a newborn is the one obliged to support the child (dis: m12.1).) After slaughtering, the shah is cooked (O: as at any feast) in sweet sauce, but none of its bones are broken (A: it is cut at the joints), and it is recommended to distribute the meat to the poor.

There exist some who try to claim that Islam is a feminist religion. In making this claim, they state that Sura 2:228 claiming that “the rights of the wives [with regard to their husbands] are equal to the [husbands'] rights.” However, they do not share the context of the verse nor the entire verse. This verse is about divorced women!  The entire verse says something quite different!

And the divorced women shall undergo, without remarrying, a waiting-period of three monthly courses: for it is not lawful for them to conceal what God may have created in their wombs, if they believe in God and the Last Day. And during this period their husbands are fully entitled to take them back, if they desire reconciliation; but, in accordance with justice, the rights of the wives [with regard to their husbands] are equal to the [husbands'] rights with regard to them, although men have precedence over them [in this respect].

Also from the same chapter of the Quran verse 282 tells us how unequal women are to men.\

And bring to witness two witnesses from among your men. And if there are not two men [available], then a man and two women from those whom you accept as witnesses - so that if one of the women errs, then the other can remind her. And let not the witnesses refuse when they are called upon.

This speaks of women not having the same memory capacity as the male counterparts. It is demonstrative of how women are thought of in Islamic cultures.

In 2016, Dispatches, a British based television show did shared their undercover discovery in some of Great Britain’s largest mosques this was a return to see if the mosque, its bookstore and/or several of its speakers had cleaned up their act.  The showed video of Murtaza Khan who attacked the idea that women could be independent from men. According to him when a woman believes she does not need a man to survive, and believes she can get her own job, her own education, her own place, or even her own welfare, is deceived. He says that belief is of the devil, and that “man is stronger than women. But men today do not know how to take care of their families. That is why their women walk loose, Their women speak loose  -- and that’s their evil society that Muslim society has become like that today.”

Under Sharia a woman is counted as less than a man as you read in the Hadith above. In the Quran this is stated very clearly:

O you who have believed, when you contract a debt for a specified term, write it down. And let a scribe write [it] between you in justice. Let no scribe refuse to write as Allah has taught him. So let him write and let the one who has the obligation dictate. And let him fear Allah, his Lord, and not leave anything out of it. But if the one who has the obligation is of limited understanding or weak or unable to dictate himself, then let his guardian dictate in justice. And bring to witness two witnesses from among your men. And if there are not two men [available], then a man and two women from those whom you accept as witnesses - so that if one of the women errs, then the other can remind her. And let not the witnesses refuse when they are called upon. And do not be [too] weary to write it, whether it is small or large, for its [specified] term. That is more just in the sight of Allah and stronger as evidence and more likely to prevent doubt between you, except when it is an immediate transaction which you conduct among yourselves. For [then] there is no blame upon you if you do not write it. And take witnesses when you conclude a contract. Let no scribe be harmed or any witness. For if you do so, indeed, it is [grave] disobedience in you. And fear Allah . And Allah teaches you. And Allah is Knowing of all things. (2:282)

Shariah is a bit more explicit limiting what a woman can do by herself to next to nothing. An individual woman’s legal ability to act as a witness are half that of a man, this includes the signing of contracts, such as witnessing the validity of a marriage.

m3.3 The second integral is that the marriage have witnesses, it not being valid unless two witnesses are present who are:

(a) male (O: since a marriage witnessed by a man and two women would not be valid (A: though it would be valid in the Hanafi school))

o24.7 The testimony of the following is legally acceptable when it concerns cases involving property, or transactions dealing with property, such as sales:

(3) or a male witness together with the oath of the plaintiff.
024.10 If testimony concerns things which men do not typically see (O: but women do), such as childbirth, then it is sufficient to have two male witnesses, a man and two women, or four women.

If women are not considered equals in a court of law held by Islamists, people who want shariah, what does that mean about how they view women as a whole? Many years ago I had a house mate from Nigeria who worked as a doctor at a local hospital. One day, one of his nurses appeared and asked me teach him to treat women in America, or he would soon be shipped home for his sexist treatment of women as a whole. The nurses of the hospital were going to file a complaint against him as a whole unless he made a drastic change. I sat down with this doctor, and talked to him about how women are valued in America, and what happens to those in the work environment who do not catch on quickly, namely that they get fired. This was around 1986, today they would be charged in a court with sexual harassment and that would follow them most of their lives. 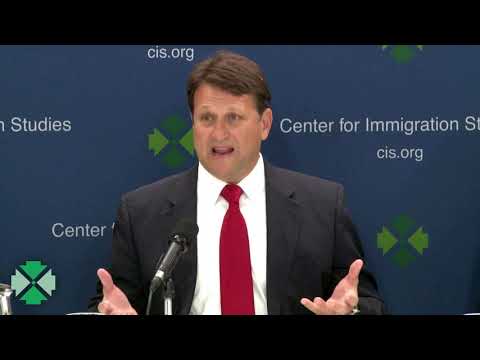